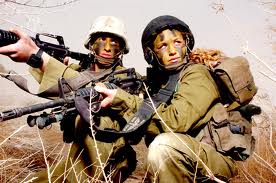 The U.S. Armed Forces are made up of the five armed service branches: Air Force, Army, Coast Guard, Marine Corps, and Navy with these services having a leading role in the security and safety of the United States and its interests, worldwide.   To ensure the readiness of the solders, the armed forces rely on physical readiness testing (PRT) to assess the preparation of both male and female soldiers.  However, as the composition and eligibility for various careers within the military changes, the PRT’s are being examined to make sure they do in fact accomplish the goal of assessing the appropriate physical capabilities necessary for military job requirements and that they are effectively measuaring physical capabilities of male and female soldiers. 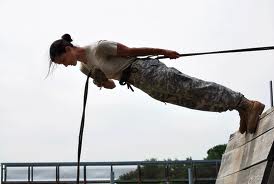 A recent story reported by multiple media outlets stated that female Marines in boot camp are failing the upper body strength portion of the PRT at a rate of 55%.  While statistics such as this are a reason for concern, the emphasis should be on the physiological and training issues to move toward understanding and addressing the factors surrounding this situation.   In other words, rather than interpreting this situation as “evidence” that women shouldn’t be in combat, we should instead, focus on the issues that determine ability to pass PRT such as fitness level at entry, predictive validity of PRT with respect to actual task performance and physical training programs used to prepare solders.  These core issues are currently being researched by many and should remain the focus in order to address the gap between the success of male and female military trainees in PRT and physical readiness.

The physical strength requirements of combat can be significant:

If women are to compete for combat roles the focus does not have to be on muscle mass but instead a concerted effort needs to be placed on implementing physical training programs to increase muscular strength, particularly of the upper body. 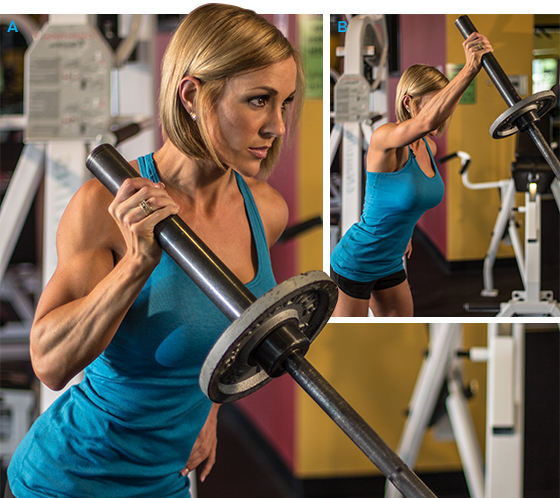 The leading cause of injury in the US Army is musculoskeletal injuries, accounting for almost 31% of hospitalizations for male and female soldiers. This clearly adversely affects military training, resulting in lost days and increased medical costs.  Although recent studies show that women are at a greater risk than men for injury in basic training, the issue appears to be the fitness level at entry into the armed forces.  In fact, a research study on Army basic trainees using multivariate analyses, where demographics, body composition, and initial physical fitness were controlled, female gender was no longer a significant predictor of injury.  Because many soldiers experience musculoskeletal injuries, there is no doubt that an enhanced training program targeting upper body strength requirements would benefit the armed forces across the board. 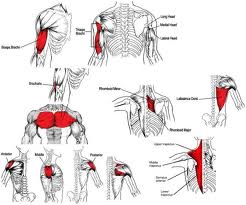 In 1994, Congress provided $40 million for biomedical research on issues of importance for military women, including physical readiness (Friel, 2005). As a result of this research, numerous findings have provided guidance and details on personal readiness, physical fitness, nutrition, body fat and allowed reconsideration of the relevance of some standards.  This research has translated into applications and advances for the welfare of service women and the entire armed forces.   While more research is needed in key areas, the outcomes have led to designing equipment, processes and task processes with relevant gender considerations that will ultimately lead to more prepared armed forces.

Given acceptable fitness levels coupled with effective physical fitness training, women can be successful in meeting the physical requirements for military task performance.

The way forward is to treat this problem as a need to address “fitness level at entry” and training programs rather than “women’s issues” and rather than relaxing the Physical Readiness Testing standards for female soldiers. Indeed, the implications of relaxing the standard would be significant;

This does not mean women need to be elite athletes to be trained to increase their muscular strength and thus their ability to meet and exceed the requirements.  A consistent and focused strength training plan can accomplish the goal of increasing muscular strength of the upper and lower body. The three female soldiers who recently passed the pull up and arm hang tests enlisted in infantry training school in North Carolina in order to prepare and ultimately meet the PRT standards and are proof of the benefits of proper strength training.

Enhancing the physical readiness of all members of the military through upgraded and updated physical training programs in synergy with adding women soldiers to combat duties, will benefit the Armed Forces and result in a stronger military with fewer injuries for male and female soldiers.

Though some may mistakenly view the addition of women to the combat field as ”weakening” the military, in fact, it will serve to strengthen the armed forces due to their very strong and prepared presence.  Those soldiers that meet the standards, male or female, with proper training and fewer injuries will make better soldiers.  The positive impact of true diversity reigns true in this situation as in others where implementing programs to enhance readiness increases the available pool of individuals from which to choose as we maintain America’s position as a leading military force globally.

Dr. Pamela McCauleyis an internationally recognized researcher and expert in the area of ergonomics, biomechanics and human engineering.  She  a tenured Full Professor and Director of the Ergonomics Laboratory  in the Department of Industrial Engineering and Management Systems at the University of Central Florida. Dr. McCauley has received distinction as a Fulbright Specialist Awardee for her research and has lead research projects funded by the Department of Defense, National Security Agency, Army Research Lab and the National Science Foundation.  She is the author of over 80 technical publications including an Ergonomics textbook, “Ergonomics: Foundational Principles, Applications and Technologies.”